`IN SEARCH OF THE LOST KINGDOM´ MUSIC SOUNDTRACK 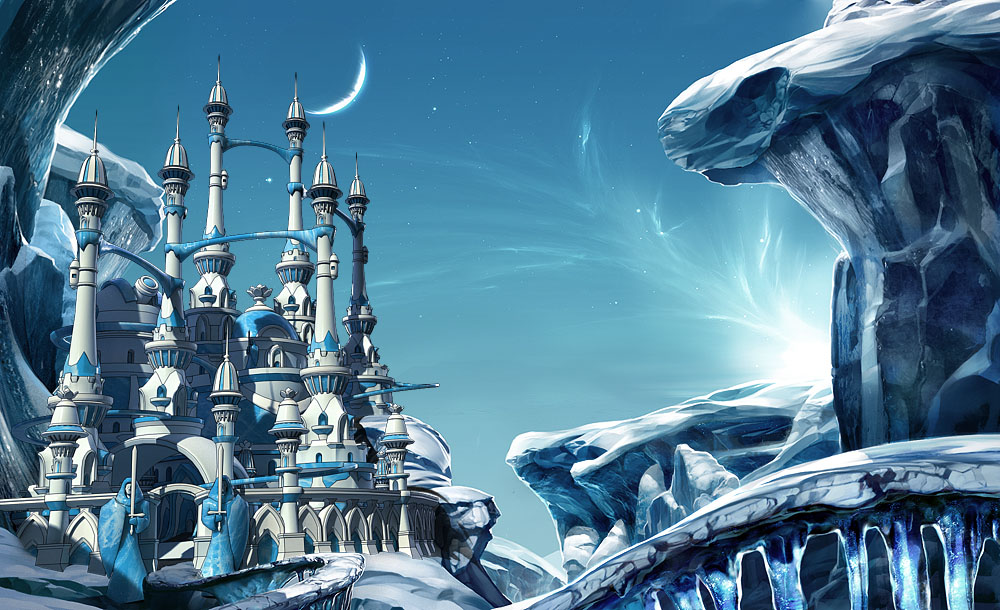 The main musical idea for the first part of the theme was already defined at this stage.

MADLORD unleashed the kind of complex harmony, not usually found in a fantasy game, relishing the opportunity to use half-diminished seventh chords.Augmented harmonies and chromatic motifs. Seventh-flat-five chords and diminished scales.

The music so far was perfectly aligned with the mysterious mood for this remote kingdom of ice and snow.

This was the castle with which the strongest emotional connection had to be established.

There was a special kind of beauty. Of grandeur. Belonging to a distant civilization. In a faraway land. Hidden and secluded from mere mortals. A civilization with a mystic connection with the visible. And the invisible. The 50-meter high statues towering over the entrance created a profound sense of greatness and power.

This was an advanced civilization. The kind of which is only heard of in myths and legends.

The depth was captivating. Feelings of nostalgia surfaced. Perhaps, somewhere in our collective unconscious, we are aware of unknown civilizations that transcended the physical plane into higher realms of existence. That roamed centuries before our comprehension of history.

The music had to be both mysterious and profound. Memorable. Cinematic in scope.

MADLORD devoted time and energy into its development. Quite, simply, a ‘good’ idea would not suffice… It is true, there was uncertainty as to whether there would be enough time to conjure the grandeur… the scope of emotions that this castle inspired. Emotions that had to be delicately and carefully carried through the music.

Some emotions have to be released. They cannot be suppressed. It was certain that this piece of music would need to go far beyond the ordinary. And to do justice to the grandeur of this castle – and to what you, the audience, had to experience – an exceptional effort was required.

The second sketch developed the main idea further. The first climax now led into the beginning of the second part of the score, where the main musical idea is repeated. Only this time played by the full string section. The melody now departs from the mysterious and the drama increases.

The violins and cellos play intense and passionate chromatic motifs.

Repeating them. Creating greater and greater shivers of emotion as the harmony develops. Clashes of dissonance and cadences create tension. And release.

Next, the woodwinds were added. They emphasize the pull of the harmony. Finally, the timpani percussion and cymbals catapult the music to its peak. The final climax is reached.

The rest of the month was used to improve the pace and performance of the large number of orchestral instruments. To complete the set of three pieces of music for all kingdoms. Revise interface sounds. Mix and finally master the production.

When Florian Schmid, the producer of Castle Builder at Rabcat, listened to the completed score for the first time, his reaction was:

“First, I have to recover from falling off my chair after the first listen. We are all very excited as this will add so much to the game. This is way beyond what we would have ever asked for.” 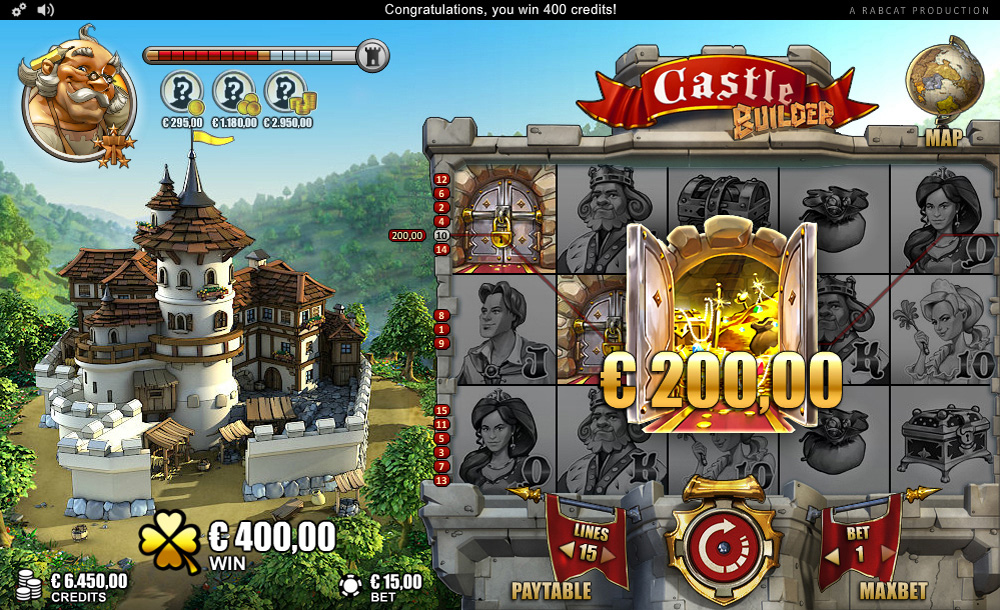 MADLORD certainly made a gamble on this game production. Our client’s objective was to push the boundaries of online gambling applications. We bet our personal time to the creation of the most spectacular and unique music score for an online video slot ever made.

We would reach our client’s objectives. And then we would take them far beyond.

The result is nothing short of mind-blowing. More than 26 minutes of original music and over 30 minutes of audio in total, makes this the biggest custom-made online video-slot soundtrack production in history. But it is not just the amount of custom-made music that sets it apart from every other gambling game ever made.

It has the finest pieces of orchestral music ever custom-created for any online gambling or land-based casino game.

This combination has helped make Castle Builder I more unique than ever conceived. Now it is up to you, the reader and listener, as to whether you agree with such bold statements or not…

But players around the world have already spoken.

The success of this game is nothing short of spectacular.

Castle Builder I has exceeded the expectations of Rabcat many times over. As a result of the game’s success, it has been adopted by more than 80 online casino operators worldwide, so far…

The stakes were high. Much rested on the success of the audio production of this huge, unique video slot. A vast amount of extra time was invested into turning this production into a true statement of innovation. One that could help Castle Builder set the bar in online gambling. The pressure was on.

The MADLORD® concept is inspired by madness and its profound role in shaping the human sphere. Every invention, concept or artistic creation that has formed our world was touched by a perceived madness. Yet, this ‘madness’ is the space from which ideas emerge. Ideas, that when first revealed, are misunderstood. Rejected. Ridiculed. Latest Casino Bonuses, one of the most important casino affiliate sites, sits down with Jorge De Lellis, founder and Audio Director of MADLORD®.

Rabcat is one of Europe´s leading digital entertainment production houses, providing high-end art and animation production for the international video game industry, and premium applications for the online gambling industry.