The following month was intense. The Worshiper Background music, the Castle Complete music, the Marriage fanfare (one of the Rabcat team’s favorites, played at their studio around the clock) and the renowned opening theme of Castle Builder were created.

Naturally, the opening theme was created first, setting the style direction and majestic mood of the game.

But that’s not all. MADLORD also developed win sounds and other interface sound assets. 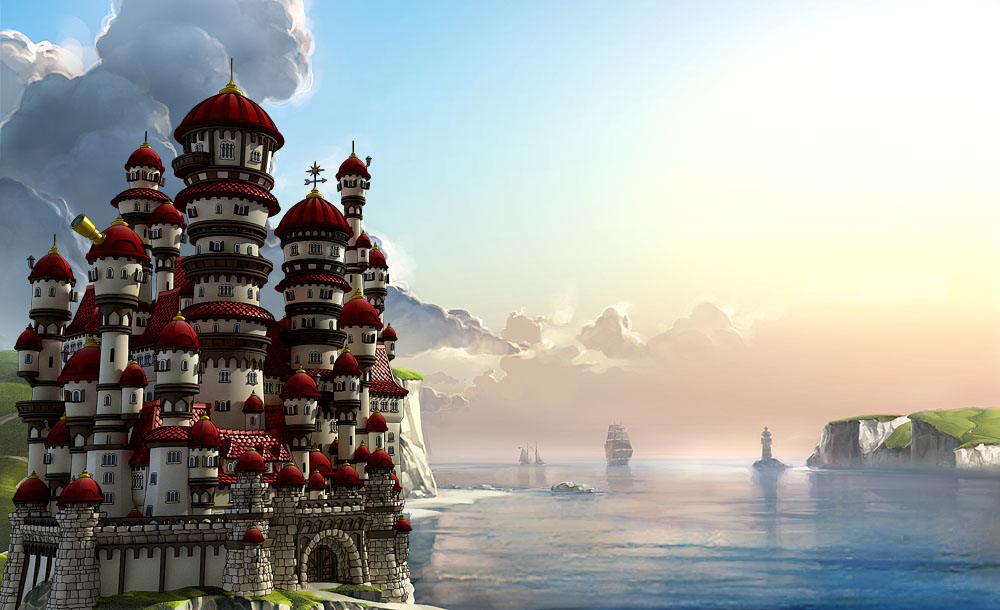 The music here needed to immerse players into this magnificent castle and kingdom. The previous two music scores had already set the bar high. MADLORD needed to rise to the occasion once again.

There was a time in history where honor was all you had.

Once upon a time, men were brave enough to jump into formidable adventures. Into the unknown. Into certain death. And so the music would have to depict the very highest level of honor. Duty. A sense of community. The type of which can inspire and unite people to overcome insurmountable obstacles and achieve seemingly impossible objectives. The type that can unleash greatness in every human being.

The human spirit at its most inspiring.

And so United We Lead was conjured. The Baroque era influenced the choice of organ and instrumentation used. The harmony. The music cadences. The key modulations. The melodic shapes and motifs. The intention? To propel the player irresistibly into this era.

At this point, ‘Part A’ of the theme was done. The musical idea for ‘Part B’ was also done, but not yet perfected. Although a mixed SATB choir was used in the beginning, a solely male choir proved more inspiring in the final cut.

`A TRIP TO THE ORIGINS OF REALITY´ MUSIC SOUNDTRACK 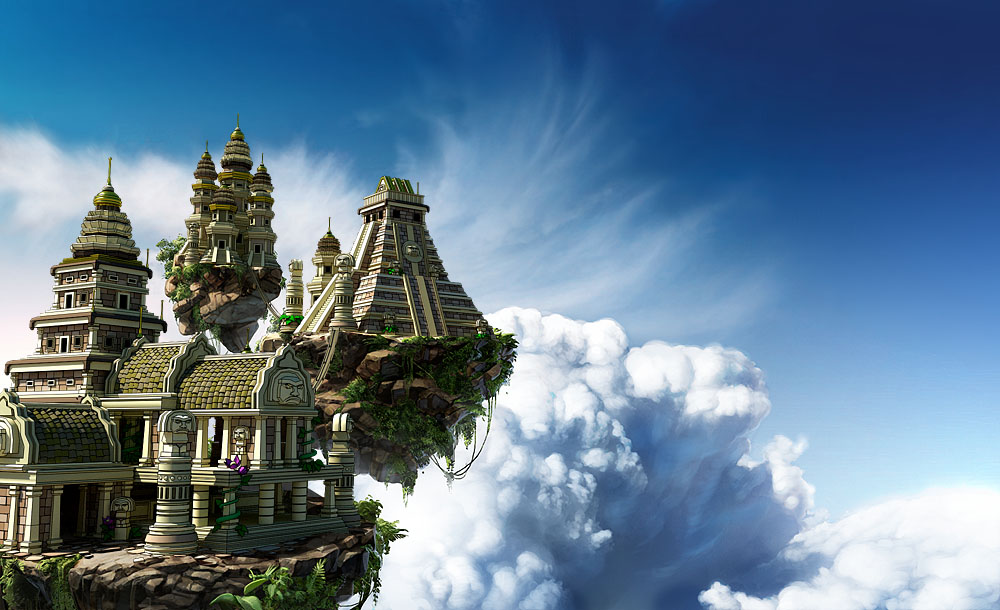 Extraordinarily, the three music pieces for this kingdom were composed in one day. They were designed to be switched on and off as the player advanced on building the castle. Clearly, this kingdom was situated in another realm. A kingdom high in the clouds calls for the fantasy music genre. Only this time it was inspired by Mayan and Aztec cultures.

The earthly instrumentation was brought to life with indigenous percussion, such as rainsticks and other types of shakers, creating an ephemeral, dream-like atmosphere. Plus, a male voice and a Quena produce melodic phrases with a distinctive flavor of past civilizations in Central and South America.

The music also had to convey the otherworldly.

There was, perhaps, a mystical, otherworldly state of transition for the Mayans before they disappeared. What that state may have been, or how they vanished is not known for certain. But for MADLORD, reflecting on these questions provided a vision for this music score.

The communion MADLORD has with the otherwordly and the knowledge and familiarity with the cultures of those regions, allowed for a deeper understanding of the message of the music.

Drones. Mystic winds. And thunder from the ancient gods.

Two constant 6/8 percussive rhythms were conjured to set the listener into a special tribal trance. Transporting the player on a mystical journey to pre-ancient times. Where lost and unknown civilizations roamed the Earth. And finally project your astral body deep into the past.

Ready for the next challenge.

The biggest, most dramatic, elaborate and memorable orchestral music score was yet to be created. And that was going to require more focus than any other piece of music…

Castle Builder was unique. The first in a new class of online AAA video slot games. One that had never been attempted in the history of online video slot games. One that was set to push the boundaries of online gambling applications. One that was in a class all of its own. No other company had a game like it. As a result, Castle Builder needed a powerful music score and audio production that could match the project's scope and ambition...

We saved the best (and the hardest) music score until last. At this point, the pressure was at the highest. But so was the excitement. A masterpiece was clearly forming. And it had to be conveyed in all its grandeur. No matter the personal cost.


Foxium is a supplier of premium video slot games to the online gambling and casino industry. Based in Estonia, they create a superior gaming experience through exceptionally crafted games built around storytelling. A rising name in the casino gaming industry.

MADLORD has provided Foxium with the following services for their premium video slots and trailers:


“MADLORD understands quickly our audio needs and add their own unique creative flair to produce sounds that are far beyond the ordinary.”

MADLORD has provided Golden Rock Studios with the following services for their video slots and trailers:


MEGARA is a band born in Spain. They classify their style as a perfect mix between sinister and cotton candy. MEGARA has placed itself in its short life in the spotlight of both the press and the public with a strong fan base in Spain, Mexico, Argentina, Chile and throughout Latin-America. Its bipolar facet mixes darkness with the totally opposite side to it, loaded with unicorns, knickknacks and fucksia.

MADLORD has provided MEGARA with the following services for the closing concert of their tour "Aquí Todos Estamos Locos":

Play'n GO is one of the largest and most recognized gaming entertainment suppliers of online slots to the casino industry in the world. Their innovation leads the industry by providing an unmatched portfolio of titles to regulated casino operators in over 25 jurisdictions.

MADLORD has provided Play'n GO with the following services since 2020 for their premium line of video slots:

MADLORD has provided Tom Horn Gaming with the following services for their video slots: